There once was a time when a pause was not a question mark. A pause was not a full stop either (not just yet) but at least a comma. And there were many such comma(s), when we would pause and reflect and ponder and share our ponderings, our feelings too – some, rather intense. That was the time of letter writing, the time when letters were not written just for the necessity to communicate the essentials but also for the necessity to pour the heart out. These letters connected the hearts that were separated by distance and circumstances – these letters helped forge new bonds and to sustain the existing ones – these letters carried emotions, confided and sealed – these letters gave away what the lover could not – the slant of the l, the cross of the t, the dot of the i, the mid –sentence ink blot, the unevenly aligned words, that word which stood out, the ones that were not abbreviated and the ones that were, the words that look slightly washed out and feel damp– all of those spoke to the lover (the recipient) like the lover (writer) wanted to, but didn’t.

What replaced these letter exchanges? Phone calls? Frequents visits? Emails? Facebook? Or Twitter? NONE. Those letter exchanges were not for updates, telegrams were. Letters were not really merely meant to inform; they did sometimes however report of the condition of the lovers separated by distance and a little too connected by emotions. They were meant to bond and that they did pretty well whenever the lovers managed to translate the essentials of their constant conversation with one another on paper.

In the artyVALENTINE month, we present a selection of these penetratingly emotive letters to stir within you that, which stirred us in a whirl of love. 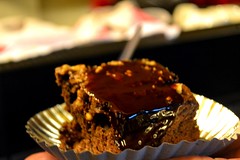 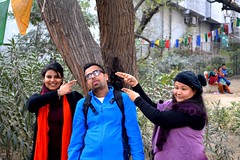